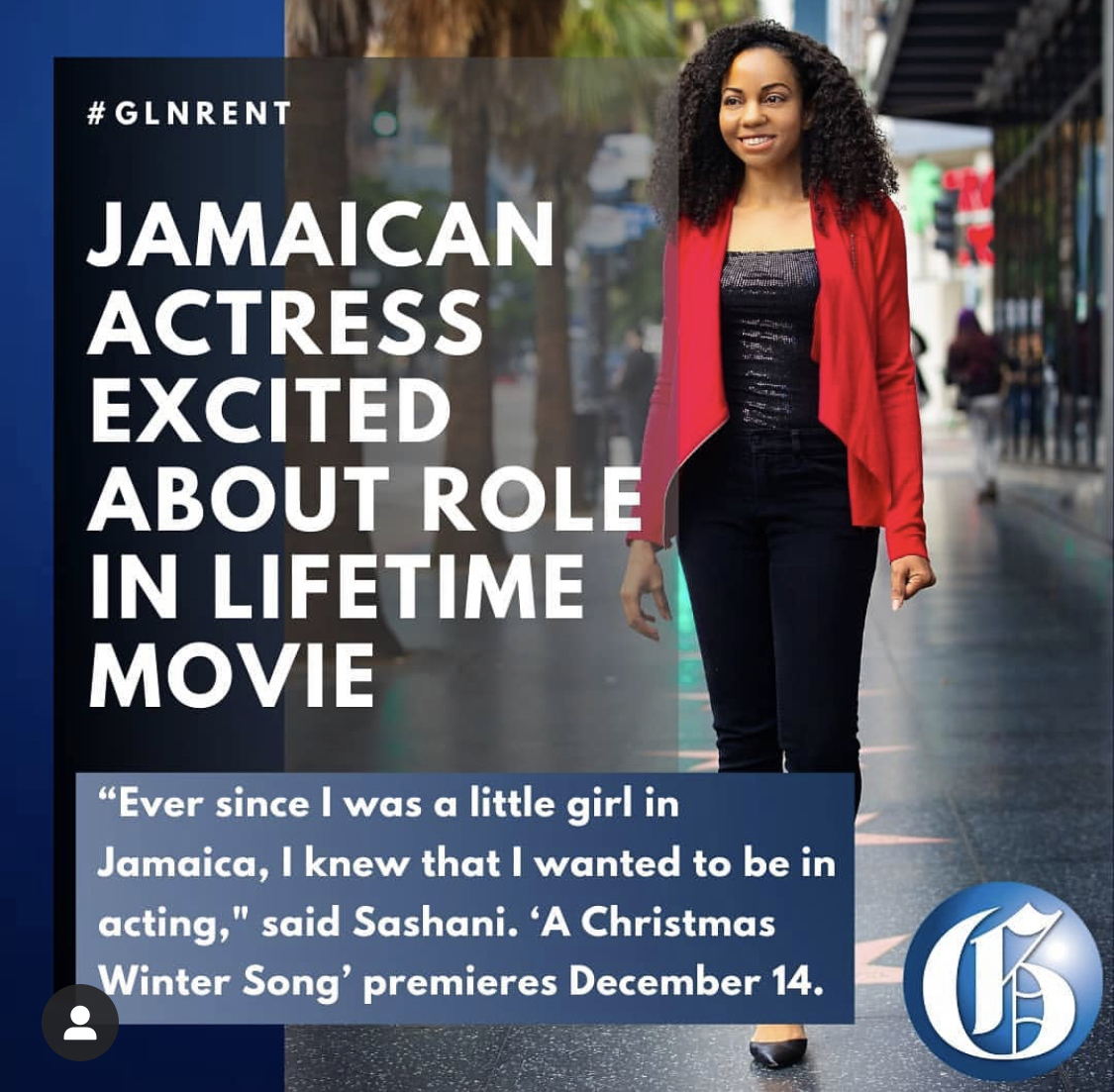 Jamaican actress Sashani is currently in total celebration mode over her first big film role. The movie, A Christmas Winter Song, which stars veteran actor Stan Shaw, actress and singer Ashanti, and Sashani will premiere on Lifetime on December 14, and Sashani cannot wait to view it.

“I am superexcited,” an obviously enthusiastic Sashani, the daughter of Jamaica’s Supreme Court Justice Glenworth Brown, gushed during her interview with T he Sunday Gleaner. “I’ve seen clips, but I’m actually going to see the entire movie with everybody else. I’m really proud of it. Working with Stan was awesome. He plays my father in the film,” she said.

Sashani describes the movie, which sings its way on to Lifetime this holiday season not as a musical, but rather as an emotional drama in which music plays a role in helping the characters to heal. The film’s synopsis states: “ A Christmas Winter Songfollows a woman, Clio Burnett (Ashanti), who befriends a jazz singer down on his luck, Fred Myers (Stan Shaw). They form a special bond over music, and Clio, having just lost her own father, helps Fred reconnect with his own daughter (Sashani) and grandchildren at Christmas. The film was written by Melissa Bustamante and directed by Camille Brown.”

Recalling how she scooped the role, Sashani, a Hollywood, California, resident, told The Sunday Gleaner that everything happened quickly. On Good Friday this year, she got a notice for an audition and immediately sent off a tape. A few weeks later, she got a call back and then had to fly down to Michigan for the shoot, without even knowing exactly who was involved in the project.

“I was a bit nervous when I finally found out two days before production because Stan (Shaw) has a whole long list of credits. I met him for the first time when we did our first scene. But it was fun and exciting to work with all of them,” she said.

What made it even more personal is the fact that her mother and stepfather live in Michigan, so she got to spend time with her family, and they, in turn, got a chance to visit her on set. After all, that’s how the real stars in Hollywood do it.

Sashani migrated to the US while still in second form at St Andrew High School (for Girls), but she was always back and forth, spending holidays with her father, who supported her love for the performing arts. “Ever since I was a little girl in Jamaica, I knew that I wanted to be in acting. As a matter of fact, my father and stepmom wanted me to study at Julliard. He paid for my education, and his promise was ‘whatever you want to do, I’ll be there for you’,” she said.

Sashani has so far filmed over 70 different commercials, which she calls “quick, nice jobs” and is working on two independent films. She also recently did an audition for “something” with Tyler Perry. “I’m at the beginning stages. It’s hard work and it takes a lot of dedication, but things are looking up,” she said, beaming, adding that she is always flying the flag high for Jamaica. “I’m definitely out here representing,” she stated.

In A Christmas Winter Song, Sashani plays Mia, Fred’s estranged daughter who reconnects with him over the holiday season. “I’ve always wanted to star in a Christmas movie and in a Lifetime movie and work with amazing talents like Stan Shaw and Ashanti. So I’m very grateful for the whopper combo of an answer to my Christmas wish,” Sashani Nichole stated. ⁣⁣

A Christmas Winter Song will be part of the cable network’s It’s a Wonderful Lifetime slate of holiday programming. 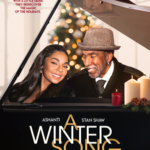 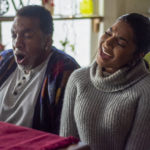 I think we are fixated with this case because we are watching someone commit crimes of perjury before our very eyes and are asked to believe them even if it is apparent they are lying. Trying to capitalize on destroying the life of an already broken person is sad. #DeppHeardTrial